For July 2019, our featured bus route is Route 962 between Miranda and East Hills via Sutherland, Menai, Illawong, Padstow, Revesby and UWS Millperra.  It is operated by Transdev NSW. 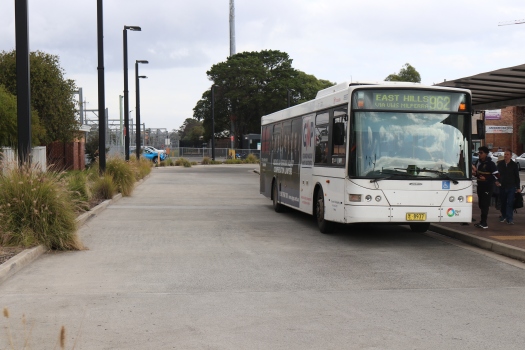 On 11 February 1935, Route 237 between Sutherland and Woronora Rover was commenced by GH Ramsay. By December 1948 the service was transferred to Mayman Bros and it was later rerouted to Prince Edward Park in Woronora. From 1956 school trips were operated as far as Menai, with the service later extending to Padstow via Menai on all journeys from November 1980. By 1984, the operator had become Menai Bus Service.

From 16 November 1987, Route 237 was renumbered into the Sydney Region Route Numbering System. Routes 960-961-962-963 operated a shared trunk route between Sutherland and Menai, with the four routes all branching off beyond this point to cover different parts of the previous Route 237. Route 962 operated along the stretch between Sutherland and Menai only. In August 1989, the service was transferred to Deanes Coaches, who then later changed their name to Southtrans in July 1989.

From 8 November 1989, Route 962 was extended from Menai to Padstow, with selected services extending to Bankstown. From 12 October 1992 the service was modified to operate between Miranda and Bankstown via Sutherland, Menai and Padstow. From September 1994, the service was truncated back to Padstow instead of Bankstown. Route 961 was absorbed into Route 962 from 20 October 1997, which meant that all Miranda to Padstow services were now numbered 962.

By June 2002, Route 962 was being operated by Connex NSW. Later, on 22 July 2002, the service was curtailed to operate between Sutherland and Padstow only. This truncation was only short lived, with services to Miranda resuming on 12 May 2003.

Most recently, on 2 December 2018, Route 962 was rerouted to East Hills via Revesby and UWS Milperra, with the Padstow to Bankstown corridor now serviced by the M92. Additionally, weekend services to Cronulla were also discontinued at this time. This meant that Route 962 now operated Miranda to East Hills via Sutherland, Menai, Illawong, Padstow, Revesby and UWS Milperra. 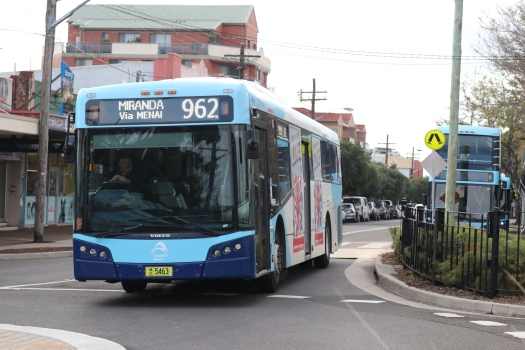