The final photos post for the year with our favourite photos from this December on the transport network.

In 2019 we are really going to try and push for our community to get involved in these posts. It would be just a few seconds once a month to take a photo of that bus or train or ferry that we all know you are catching. Please send your photos through either via email or one of our social channels to be included. They don’t need to be professional quality, just of Public Transport or Aviation. All photos will be attributed and we can even put your social handles so our viewers can find you.

From all of us here at Transport NSW Blog we wish you a very happy holidays! Whatever you celebrate, whether that be Christmas, Hanukkah, Kwanzaa or something different, we hope you enjoy time spent with family and friends this summer. 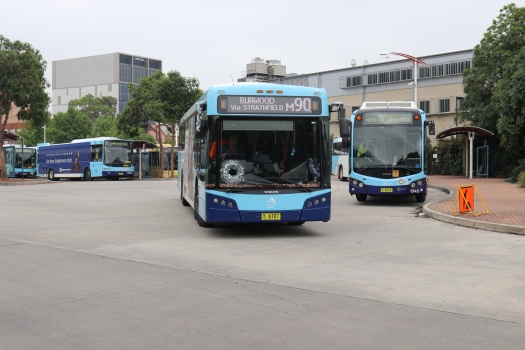 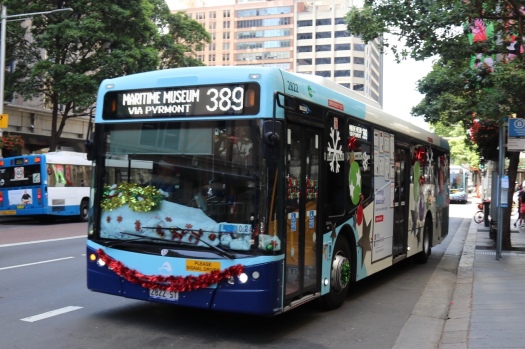 From 20 December 2018 there will be three new bus routes in South-West Sydney. This will include over 500 new weekly services will be introduced in the Camden, Campbelltown and Macquarie Fields areas, helping to provide more frequent services and greater travel options.

As usual there will be changes to transport arrangements over the summer period due to changes in travel patterns. These changes are listed below.

END_OF_DOCUMENT_TOKEN_TO_BE_REPLACED

This month our featured bus route is Route 477 operated by Transit Systems. It operates between Rockdale and Miranda via Kogarah and Sans Souci.

Route 477 began operation in 1959. The old trolley bus system which had serviced the area since June 1937 closed on 29 August 1959. As such, beginning on 30 August 1959 Route 477 became one of a number of bus services to act as direct replacements to the trolley bus. It initially began as a service from Rockdale to Sans Souci via Rockdale, operating direct down Rocky Point Road during peak hours only, with the 476 and 478 providing service outside these peak hours. From March 1966, most services were truncated to Kogarah Station, with only a few buses continuing through to Rockdale.

The largest changes to the Route 477 service occurred during the 1990s. From 5 August 1990, the service was extended to run between Kogarah and Caringbah via Sans Souci, replacing peak hour Route 303 extensions that serviced the corridor between Sans Souci and Caringbah. At this time Route 477 still only operated during peak hours. From 12 January 1992, the service was altered to run along its current route between Rockdale and Miranda. Additionally, at this time Route 477 had its hours of service increased so it operated Monday to Saturday during daylight hours. From 25 February 1996, a Sunday service was also introduced.

Prior to 1 July 2018, Route 477 was operated by the State Transit Authority of New South Wales (State Transit or STA) and its predecessors; the Urban Transit Authority (UTA) and the Department of Government Transport (DGT). As part of the competitive tendering of Sydney Metropolitan Bus Contract Region 6, the service was taken over by Transit Systems (TSA) on 1 July 2018.

Today Route 477 is operated by Transit Systems out of their Tempe depot. The route is serviced by regular 12.5m buses, some of which are wheelchair accessible.  The route operates between 6am and 10pm daily and takes between 30-45 minutes to operate end to end depending on time of day.