In the early hours of Sunday 5 January 2020, the final service on the T6 Carlingford Line will operate. For 132 years, the 7 stations along the line have serviced a small yet sizeable number of people living in the North West suburbs. One of the last survivors of the the privately owned branch lines, this line is filled with history from its many years of operation as a branch between Clyde on the Main Western line and the suburb of Carlingford. In this post, we will have a look at the stories of each of the stations along the line.

It is however first important to know the history of the line as a whole and why it was built. The original lines were actually originally built in two stages by two different private investors. The original line was built between Clyde Junction and Rosehill, before extending through the nearby industrial estate to Sandown. This line was built by John Bennet to service his new Rosehill Racecourse and opened in November 1888. The second section of the line was built by Mr M Simpson between Rosehill and Carlingford. This line was constructed to carry produce from farms in the Pennant Hills area as well as service new property subdivisions in the surrounding areas, opening in April 1896.

By 1897, both ventures had failed. It wasn’t until 1 August 1901 that the line was brought up to standard and services were recommended by the government. Since then, the line has largely operated as a shuttle service between Clyde and Carlingford. Occasionally peak hour limited stops services to Central also operated, but this was not the case at the time of the lines closure. 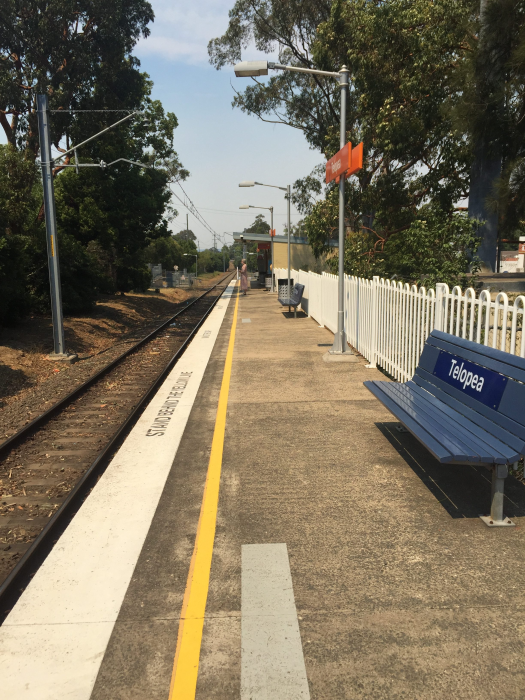 Telopea was opened on 13 June 1925 as an infill station between Carlingford and Dundas. The station was constructed to service the suburban area surrounding the station. The station was single platform and single track. The station was added after 25 years of petitioning from local residents, most notably Herbert Rumsey who owned a nearby housing estate. 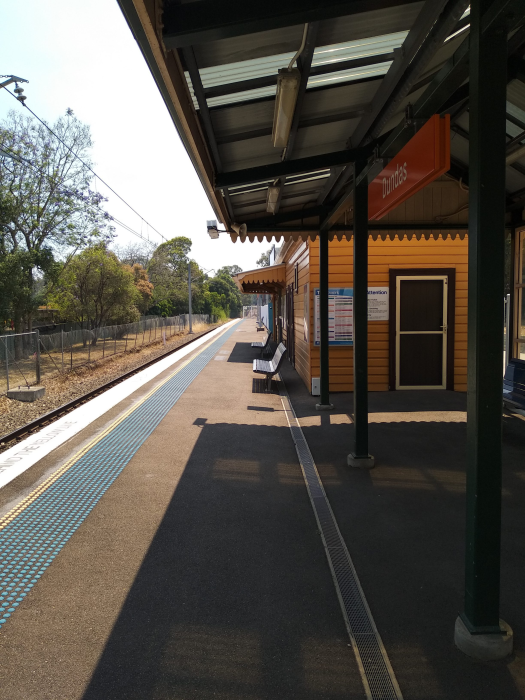 The heritage listed Dundas station opened in 1896 as Kissing Point Road Station on the private Bennett and Simpson railway. It was the last privately constructed and owned station in NSW. It was destroyed in a fire in 2006, however it was completely reconstructed in the original style and as such retains its heritage listing. 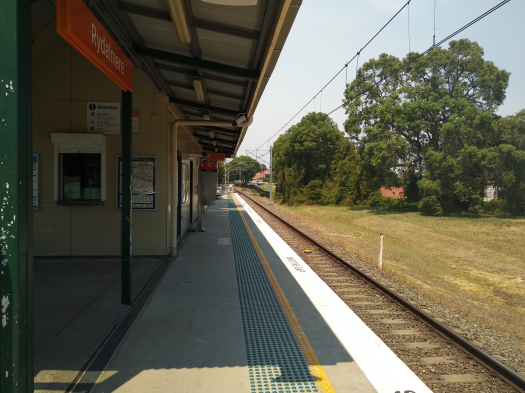 Rydalmere Station, originally named Victoria Road, opened in 1986 as part of the private Bennett and Simpson railway. The single platform at Rydalmere was original on the western side of the line, but was moved to the eastern side in 1993. This was to replace a disused goods siding.

Camellia Station, originally named “Subiaco”, opened on 21 January 1885. Due to the name Subiaco being confusing for some locals, the station was renamed to Camellia upon the government takeover in 1901. Some timetables from 1899 and 1900 call the station “Parramatta Tram Junction”, but the name clearly didn’t stick. Camellia came from a nearby nursery at the time, Camellia Grove. Rosehill Station opened at the site of the Rosehill racehorse in 1885. Access to the racecourse was the original intention of John Bennett constructing a railway along the corridor, as he believed that a railway would increase attendance at his raceways. He later worked out that he could also use the railway on non race days for industrial workers, who could change at Rosehill for a steam trail. The Warren Truss footbridge at the station is heritage listed.

40 years ago today, Bondi Junction station was one of the many stations along the Eastern Suburbs Rail Line that celebrated its grand opening. 23 June 1979 was the day that finally saw a rail line to the Eastern Suburbs open after nearly a century of planning.

Construction on the Eastern Suburbs Rail Line began on and off in the 1940s. Construction of the line proper began under the Askin government in the late 1960s and construction of Bondi Junction Station itself began in the early 1970s. The construction of the line proved highly contentious, particularly due to the extended period the lien took to construct and the compulsory acquisitions and demolitions throughout Woolloomooloo. Two different construction techniques were used in the building of Bondi Junction station. The platform area was constructed using tunnelling, whilst the concourse level was built using open excavation in a cut and cover technique.

There was also an open air bus interchange constructed above the station, as part of a then new approach to integrated transport. Customers could buy a Rail-Bus Link ticket which would allow them to catch the train to the Bondi Junction interchange and interchange for a bus into suburbs not serviced by the train line between Coogee and Watsons Bay. This was the first attempt at integrated transport ticketing in Sydney.

The station, which was the most technologically advanced in Australia at the time of opening,  included a number of firsts for the Sydney rail network. It was the first to include automatic ticket vending machines and automatic turnstile barriers to enter the station. It was also the first station to be equipped with escalators instead of stairs as the primary method of accessing the platforms. It also included a tri-level bank displaying station names, so you could see what station you were at from anywhere on the train.

In 2000, Bondi Junction Station underwent a major upgrade. This upgrade included lifts between the Bus Interchange and the concourse and between the concourse and the platform.  There was the construction of a brand new enclosed bus interchange and shopping plaza. The entire station was remodelled to allow for better passenger flow, and new signage and paneling was installed.

Between late 2004 and early 2006, Bondi Junction station was closed for major track upgrades as part of the Rail Clearways program. This work included the construction of the new diamond junction crossover on the city side of the station, which allowed trains to arrive and depart from either of the two platforms. There was also the construction of a new turn back facility at the beach end of the station. This increased the capacity of trains able to be turned at Bondi Junction to 20 per hour from 14 prior to the upgrades.

In this edition of Station Stories, we are looking at Central Station. Central is the largest and oldest station in New South Wales, however, the current Central is very different from the one that opened in 1855.

Back when we first started this blog we ran a series called “Train Talk Tuesday,” where  every Tuesday we posted a article surround the rail network. The first ever post was a very brief outline about Central station, you can find that post here. In this new series, we will be looking at many of the stations right across the Sydney Trains and NSW TrainLink network.

There have been three different Central Stations throughout the history of Sydney. In 1855 the first railway line opened in Sydney between Redfern and Parramatta. The ‘Central’ station, which was commonly known as ‘Redfern’ was located in the block between Cleveland and Devonshire streets. Described as a ‘temporary tin shed’, it soon outgrew the expanding railway network.

A second station on the same site opened in 1874. Railways Chief Engineer John Whitton designed the station and described it as a throughs station designed to allow for the future expansion of the railway network. Whilst the station was impressive when it first opened, it eventually expanded into the forecourt with 13 platforms and 25 million passenger visits each year. The site became too congested and restrictive.

By the late 1890s, a plan to move the station to north of Devonshire street was being developed. Minister for Public Works, E.W. O’Sullivan. Government Architect W.L. Vernon designed a 15 platform steel-framed and concrete station. It was approved for construction by parliament on 11 December 1900 at an estimated cost of £561000. Originally 15 platforms opened on 4 August 1906. The first train was a special service to Parramatta that left from Platform 12 on 4 August 1906, with the first regular service a Western Mail train at 5:50am on 5 August 1906.

Platforms 16-19 were added in 1914 and the clock hour opened on 3 March 1921. As part of the electrification of the railways and the construction of the City Circle line, platforms 16-19 were demolished and rebuilt as through platforms and expanded to include 23 platforms in the late 1920s. Platforms 24 and 25 opened with the Eastern Suburbs rail line in 1979. More recently, Platforms 12-15 were demolished in late 2018 to make way for new underground Sydney Metro platform. Platforms 12 and 13 will later be rebuilt alongside a major upgrade of the Grand Concourse.

Today there are 21 fully-electrified platforms in service at Central Station. It is the busiest train station in Australia, with over 270 000 passengers using the station each day. It is serviced by a wide variety of local, regional and long-distance trains.

In the coming months we want to see your favourite stations stations featured. Let us know what stations are your favourites and one of them might just be the next station of the month. 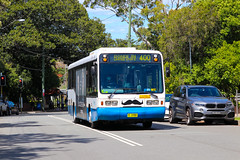 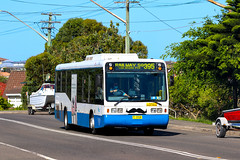