Today the NSW Labor party announced the transport policies that they will take to the next election. Metro West will be the number one transport project for Labor.

A Foley Labor government will accelerate the construction of a new metro rail line between Western Sydney and the CBD, rather than proceed with the conversion of the Sydenham to Bankstown rail line to a metro line. Infrastructure NSW considers that the Sydney Metro West project should be the priority for rail network extension and Labor will deliver on this. 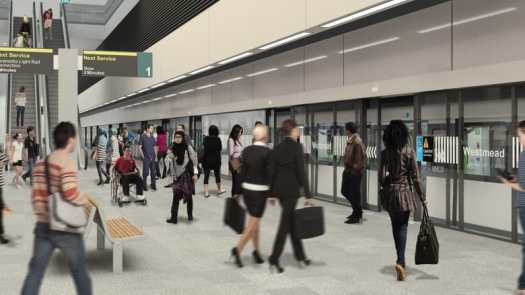 A Labor government would also abandon the Northern Beaches Tunnel it has been confirmed. Labor’s vision is shared by the Government’s own infrastructure experts who have concluded that a Northern Beaches tunnel is not a priority and its construction would delay the delivery of other more urgent projects.

“I am being honest about Labor’s priorities. We will deliver Metro West years earlier than the Liberals because we won’t build a Northern Beaches mega tunnel nor will we proceed with pointless conversion of the Bankstown line..” – Luke Foley, Labor Leader

“A Metro West will cut travel between the region and Sydney. Cutting the journey from one CBD to the other to less than half an hour will transform people’s lives and relieve pressure on the main western rail line. Metro West will add a new route. That has to be the goal of any future transport network. The conversion of an existing line from one sort of train to another is not going to do that.” – Jodi McKay, Shadow Transport Minister

“This Government is now in its eighth year in office and it has yet to cut the ribbon on any of its major transport infrastructure projects. To date their record on infrastructure has been characterised by delays and blowouts. Labor will re-allocate the money freed up by the cancellation of the Sydenham to Bankstown conversion to ensure the early completion of the Metro West.” – Michael Daley, Shadow Infrastructure Minister