Today’s request comes from Nick H and Zac Scott. It is for route 339. Route 339 currently operates between City Australia Square and Clovelly via Central, Moore Park, Centenial Park and North Randwick.
The 339 first began operation when the Clovelly to City tram line was closed in the 1960s. Until the introduction of Better Buses East in 2002, the 339 ran along George Street in both directions in the CBD and terminated at Millers Point. Better Buses East rerouted the 339 to run Northbound along Elizabeth Street and Southbound along Castlereagh Street through the CBD. In October 2012, the 339 was truncated to Australia Square due to poor patronage around Millers Point. In October 2015, the 339 was rerouted to run in both directions along Elizabeth Street and also had all peak hour services in both directions removed, repelaced with 338, X39 or X40 services.
Today the 339 runs every 20-30 minutes off peak and on weekends as well as every 45 minutes at night. The 339 operating hours are 5am – 7am, 9am – 4pm and 7pm – Midnight on weekdays and 6am – Midnight on Weekends. It takes 30-40 minutes to run the route end to end.
The 339 is predominantly operated by Randwick Depot using buses with either Ansair or Custom Coaches bodywork and Scania or Volvo Chassis. A limited number of services are operated by Waverley and Port Botany Depots using buses with Custom Coaches bodywork and Mercedes Benz Chassis. 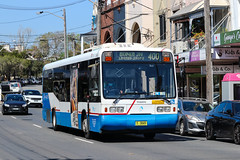 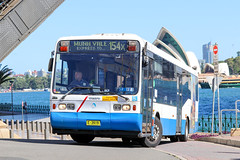 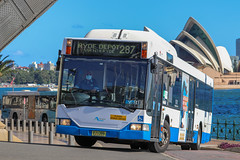